You’ll recall that Rep. Rob Bishop’s Public Lands Initiative (PLI) was introduced in the House with much fanfare in 2016. Although it began with good intentions, the final PLI was little more than a one-sided wish list for energy interests and off-road vehicle enthusiasts. Accordingly, it died a quick death in Congress.

Out of the ashes of the failed PLI, Utah’s newest representative, John Curtis, and Senator Orrin Hatch have expressed interest in creating a comprehensive lands bill for the Emery County region—which includes the San Rafael Swell and Labyrinth Canyon.

We’re excited about the opportunity to work with Rep. Curtis and Sen. Hatch to protect the places we all treasure. But it must be a good bill—a bill worthy of the landscape it seeks to protect.

In the coming weeks, we’ll send you more information about the emerging San Rafael Swell legislation and the opportunities you’ll have to participate in the process. In the meantime, click here to read our take on how the bill could be crafted to advance conservation.

Newly-minted Rep. John Curtis held a series of town hall meetings across his vast district in mid-February. Meetings in northern Utah included stops in Holladay, Draper and Springville, where he was met with solid support for redrock wilderness.

SUWA encouraged supporters to respectfully engage Mr. Curtis about his bill to permanently enshrine President Trump’s 85% elimination of Bears Ears National Monument. He’s a cordial fellow, and that in itself is a positive shift from what conservation-minded Utahns have come to expect from their federal delegation. Actions speak louder than words, however, and a friendly countenance won’t compensate for policies that exploit America’s public lands heritage for profit.

At every town hall meeting Curtis said he’s not going to drop his bill, nor change the biased makeup of the management councils, despite the urging of his constituents. In the days following the town halls, he did partially address one concern by meeting with Navajo Nation representatives—who told him to withdraw his bill.

Thanks to everyone who made time to attend these important town hall meetings. If you live in Rep. Curtis’s district, please let him know you oppose H.R. 4532, and ask him to withdraw it as the Tribes have requested.

Chaining in Grand Staircase? SUWA Goes on the Air

The Bureau of Land Management in Utah is ramping up a failed policy called chaining—in which bulldozers drag anchor chains to uproot and destroy native pinyon and juniper forests and sagebrush. The practice of chaining is so unbelievable that most people can’t imagine how destructive it is. That’s why SUWA launched a new statewide television campaign in Utah at the end of January.

>> Click here to watch the ad and take action 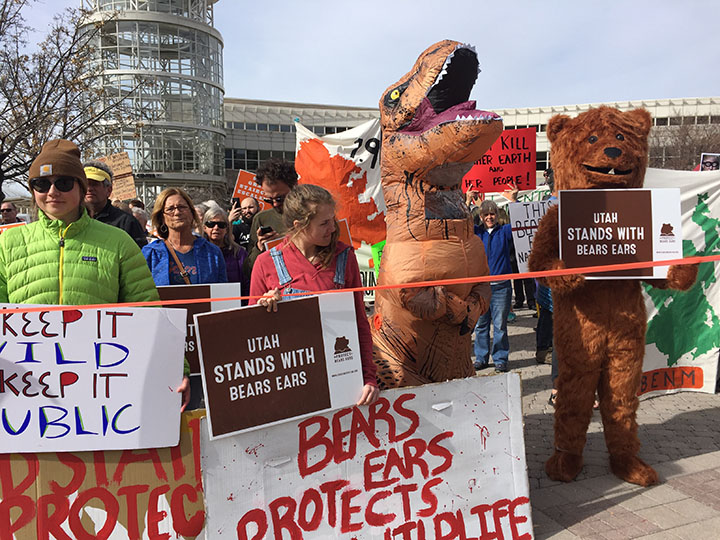 Perhaps Interior Secretary Ryan Zinke thought he could slip quietly into Utah to speak at a hunting expo without citizens protesting his role in shrinking Bears Ears and Grand Staircase-Escalante National Monuments. He was wrong.

A lively crowd of over 150 activists gathered outside the Salt Palace Convention Center in Salt Lake City to stand against President Trump’s illegal order and remind Secretary Zinke that vast numbers of Utahns, and people across the country, are committed to restoring Utahs’ beloved monuments. They dramatized Trump’s drastic reductions by squeezing into spaces representing 50% of Grand Staircase and 15% of Bears Ears, ultimately spilling out of the compressed boundaries defined by orange tape.

Speakers shared their resolve to overturn Trump’s illegal order and stop legislation introduced by the Utah delegation that would codify Trump’s action. Special guests included a Tyrannosaurus Rex and a giant bear (ambassadors for Grand Staircase and Bears Ears) as well as a cardboard Ryan Zinke who stood in for the Secretary and posed for photos. The event was covered by local news outlets. 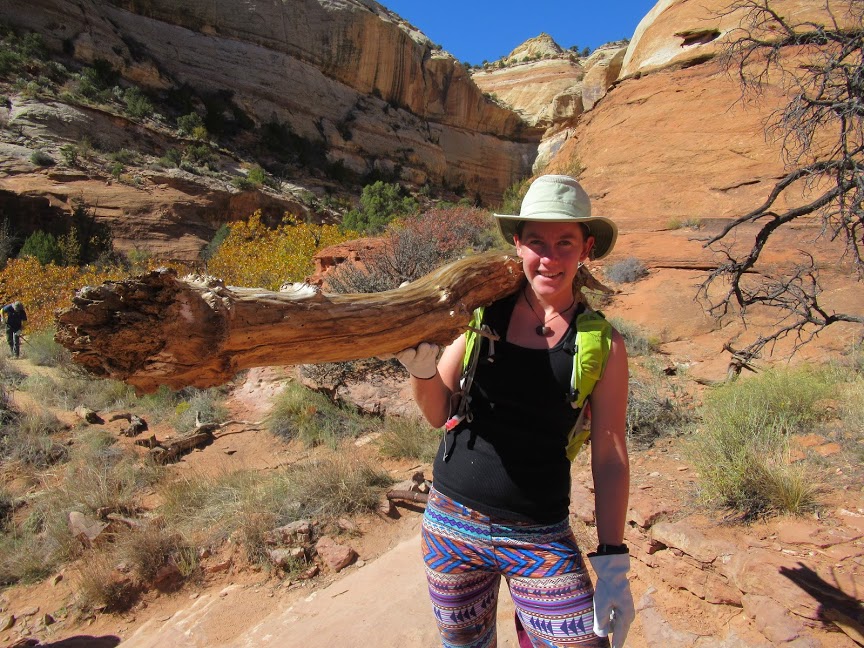 The 2018 Service Project season is underway! We are now recruiting Field Volunteers for spring and summer projects. Get your hands dirty and make new friends by joining a weekend volunteer project on Utah’s spectacular public lands. Our 2018 Project Calendar is available here. Check back regularly for updates and additions.

To be added to our Field Volunteer email list, fill out our simple application at suwa.org/fieldvolunteers-apply. 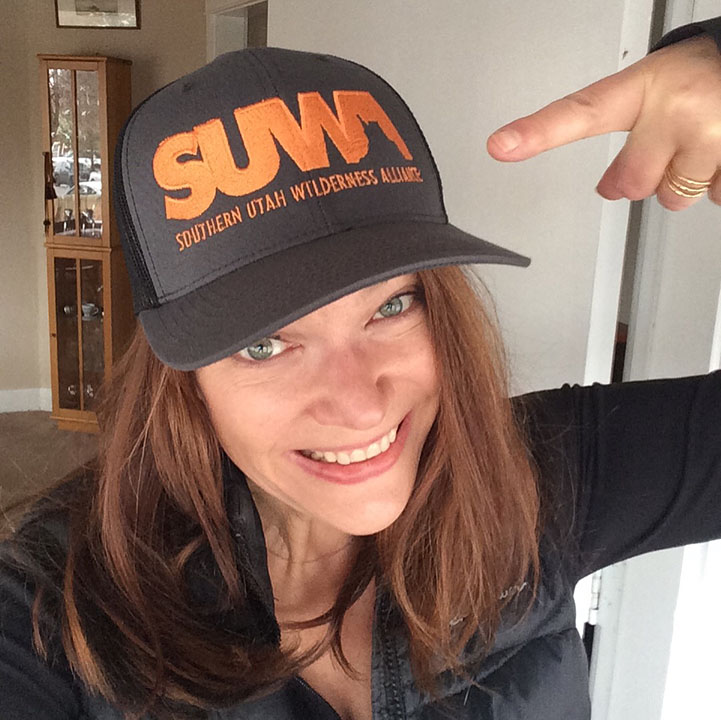 Just in time for spring, we’ve stocked our online store with new merchandise to help you enjoy the great outdoors in style—including a swank new trucker hat (featuring our brand new logo!) and a 10-liter dry bag for all your redrock river adventures. And for those last wintry days of March and April, warm your noggin with a “Protect Wild Utah” knit beanie.

All of this and more can be found at www.suwa.org/goodies.