Chaining in Grand Staircase? SUWA Goes on the Air

The Bureau of Land Management in Utah is ramping up a failed policy called chaining—in which bulldozers drag anchor chains to uproot and destroy native pinyon and juniper forests and sagebrush.

Why do they do this? To create more forage for cattle on public lands.

And now, under the Trump administration, the BLM wants to chain in Grand Staircase-Escalante National Monument.

The practice of chaining is so unbelievable that most people can’t imagine how destructive it is. That’s why SUWA has launched a new statewide television campaign in Utah—to focus attention on the BLM’s destructive practice and stop the agency from wrecking Grand Staircase-Escalante. 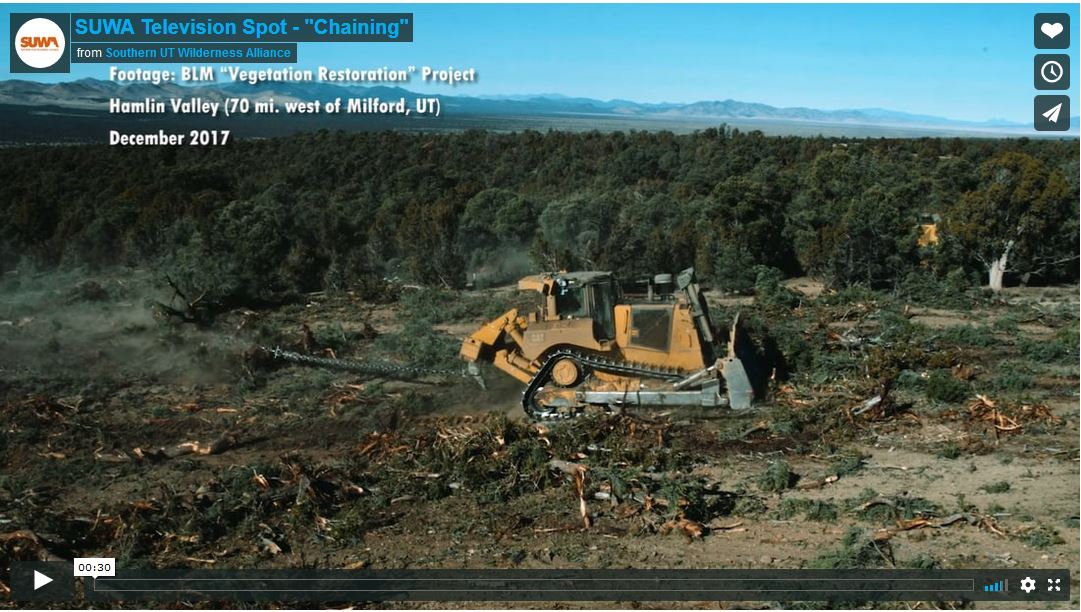 Chaining is a scientifically-unsound practice that wastes millions of taxpayer dollars to effectively destroy thousands of acres of Utah’s public land.

While the BLM is constantly churning out new reasons as to why chaining and other vegetation removal projects need to happen, the real drivers appear to be the same as they were in the 1960s: improving grazing forage for cattle and bringing money to the BLM field offices.

And now, the BLM is proposing chaining as one of the primary methods to remove vegetation on over 13,000 acres in Grand Staircase-Escalante National Monument.

But chaining is completely incompatible with protecting the fragile ecological, paleontological, and archaeological resources in Grand Staircase. To say that chaining in Grand Staircase is wildly inappropriate would be an understatement. This is a bad proposal based on bad science that will only produce a bad outcome.