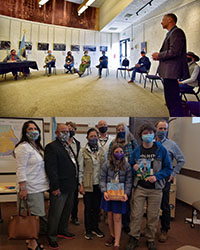 Interior Secretary Deb Haaland was in Utah the first week of April for meetings with state and Tribal leaders, conservationists, and other stakeholders as part of the national monument review process ordered by President Biden when he took office in January, the Salt Lake Tribune reports.

SUWA Executive Director Scott Groene met with the Secretary in Bluff, while SUWA Legal Director Steve Bloch joined her for a meeting in Kanab to discuss the importance of protecting both national monuments, and the long history of Utah politicians’ efforts to thwart protections of Utah wild lands (as outlined in Scott Groene’s op-ed, below).

Sec. Haaland is expected to deliver a report to the president soon. There’s no word yet on the expected timing of any action by President Biden, but we remain hopeful that he will restore Grand Staircase-Escalante to its original boundaries and possibly expand Bears Ears to honor the original 1.9 million-acre proposal put forward by the Bears Ears Inter-Tribal Coalition. 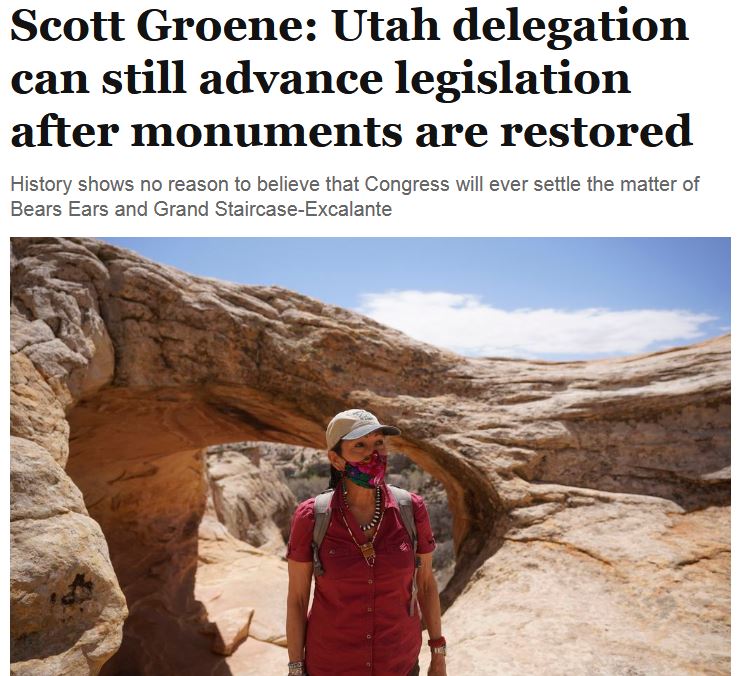 Utah politicians are suddenly desperate to work out a legislative solution for Bears Ears and Grand Staircase-Escalante National Monuments, fearful that the Biden administration might otherwise do the right thing and immediately restore them to their full, original protection. In a recent Salt Lake Tribune op-ed, SUWA Executive Director Scott Groene called their bluff:

“Utah’s governor and congressional delegation are trying to block President Joe Biden from returning the Bears Ears and Grand Staircase-Escalante National Monuments to their original legal status. Instead, they claim under the rubric of ‘political certainty’ that the monuments should be left unprotected for untold years while Utah politicians work out legislation.

“There’s only one problem. For Bears Ears, they already tried, and failed; and for Grand Staircase, they never tried at all.

” . . . The history of Utah’s public lands, and the past actions of our governor and congressional delegation, make things crystal clear: Bears Ears and Grand Staircase need Biden to act. After that, we can start the lengthy process of trying to improve upon that through legislation.”

Members of Congress Call for Full Restoration of Utah’s Monuments

Dozens of members of Congress have recently urged President Biden to restore Bears Ears and Grand Staircase-Escalante National Monuments, which were illegally dismantled by the Trump administration. In three letters led by Sen. Dick Durbin (D-IL), Sen. Martin Heinrich (D-NM), and Rep. Raul Grijalva (D-AZ) and Ruben Gallego (D-AZ), the members cited the monuments’ cultural significance and the need to preserve their natural and scientific values. The Durbin letter closes with an emphatic call for full restoration:

“We wholeheartedly support the full restoration of Grand Staircase-Escalante National Monument and the expansion of Bears Ears National Monument. Securing durable, meaningful protection for these places and their irreplaceable objects is entirely consistent with the President’s stated goals and policies; anything less would fall short of what is required at this moment and would jeopardize these treasured lands.”

Click here to see if any of the congressional signatories represent you. If so, click here to thank them for supporting restoration of Utah’s monuments!

SUWA on Utah Public Radio for Earth Day (9am MT) 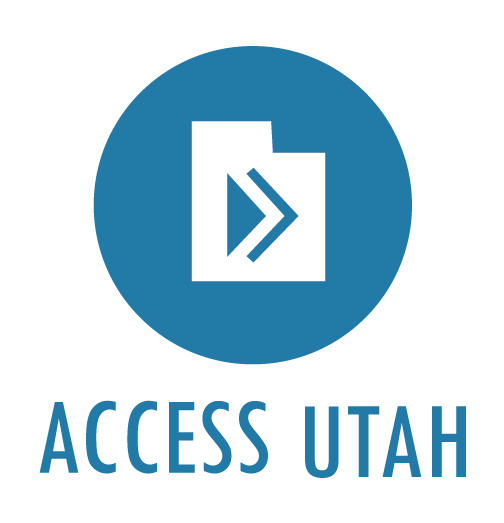 This Earth Day, learn how the 30×30 campaign can help restore and sustain the planet by protecting 30 percent of U.S. lands and waters by 2030. Utah Public Radio’s Access Utah will feature interviews with SUWA Organizer Terri Martin, author and activist Steve Trimble, and Center for Western Priorities Policy Director Jesse Prentice-Dunn. Tune in on Thursday, April 22, from 9-10 am MT at upr.org//streaming-upr-live. 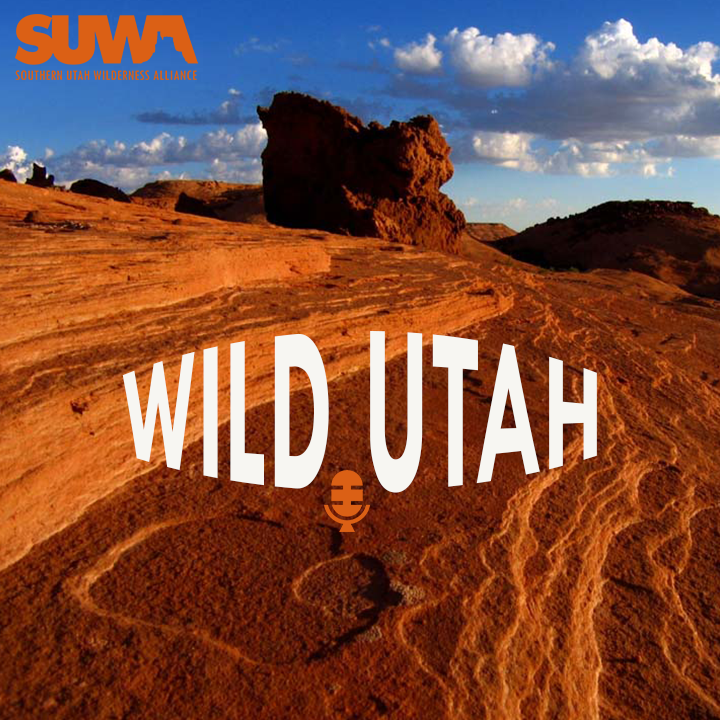 SUWA’s latest podcast takes a deep dive into the details behind a new scientific report from EcoAdapt: Contribution of the America’s Red Rock Wilderness Act to Climate Change Adaptation and Mitigation Efforts. The report is authored by EcoAdapt’s Laura Hillberg, and she joins us to explain its conclusions. Click here to listen now. 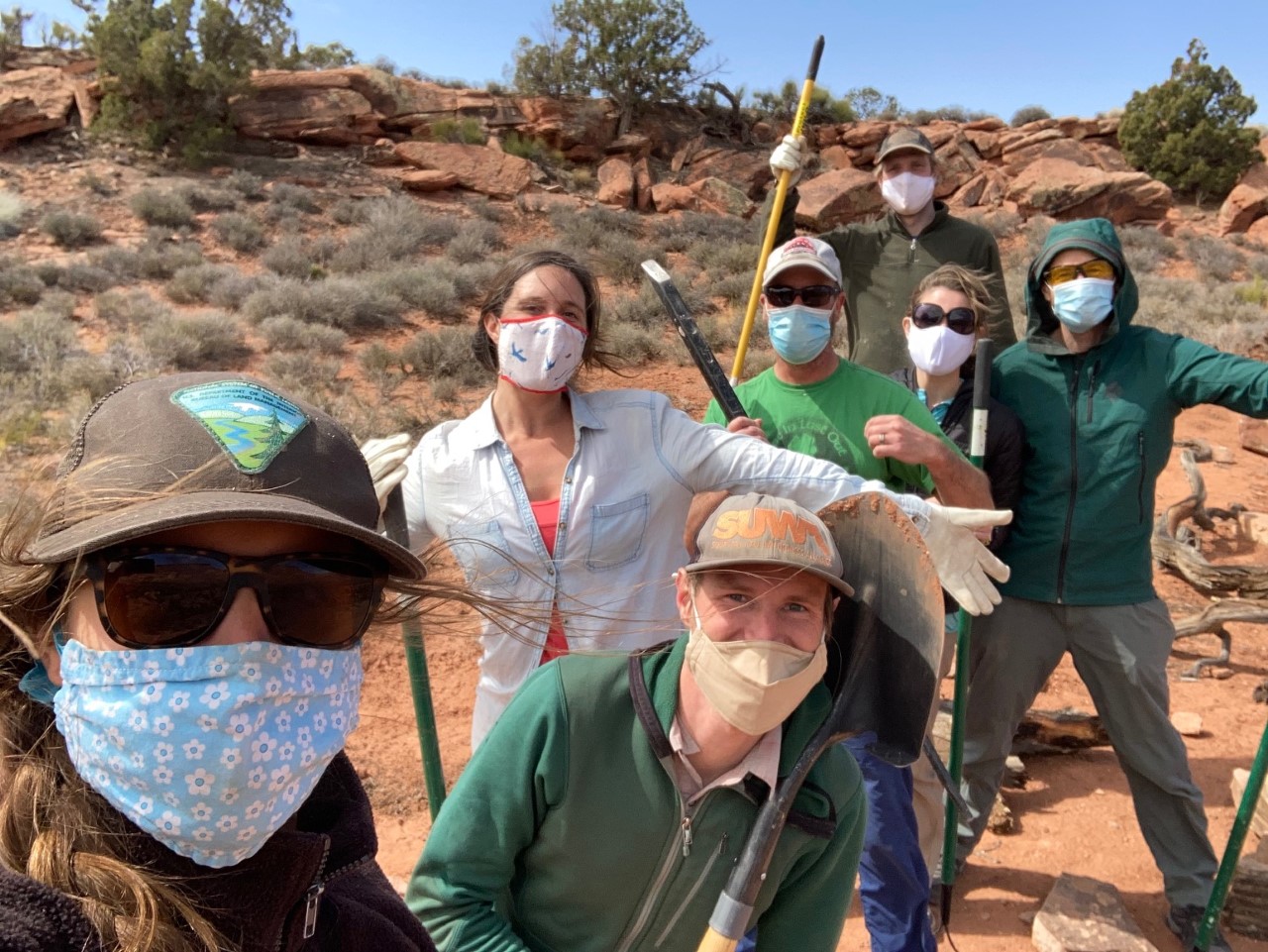 Our 2021 Stewardship season is currently in full swing. Over the past several weeks our crews have worked on illegal off-road vehicle (ORV) route restoration in wilderness study areas near Moab, remediated campsite proliferation in the Canyon Rims region east of Canyonlands National Park, and worked closely with BLM staff at Grand Staircase-Escalante National Monument on additional restoration projects.

Up and coming, we are headed to Mexican Mountain in the San Rafael Swell to begin a series of ORV remediation efforts aimed at properly managing the many wilderness areas designated by the John D. Dingell, Jr. Conservation, Management, and Recreation Act of 2019. After that we are off to Bears Ears National Monument where we will work with Forest Service archaeologists to survey cultural resources in an effort to inform future planning for the area. If you want to know what follows that, you’ll just have to head on over to our website.