SUWA and the Bureau of Land Management (BLM) have reached a settlement agreement that resolves our litigation over the 2020 San Rafael Desert travel management plan.

In February of 2021, SUWA filed suit in federal district court in Utah over the Trump administration’s destructive motor vehicle travel plan for the San Rafael Desert, a remote area of Utah’s redrock country. The plan more than doubled the number of miles of “trails” open to motor vehicles from 300 miles to more than 765 miles.

Under the agreement, the BLM will re-evaluate more than 180 miles of trails, two-tracks, and non-existent routes that were designated as open in that abysmal plan. The routes the agency is re-evaluating are within BLM-identified lands with wilderness-characteristics or within one mile of the Green and San Rafael Rivers. The BLM will complete its reconsideration process in September of 2022. 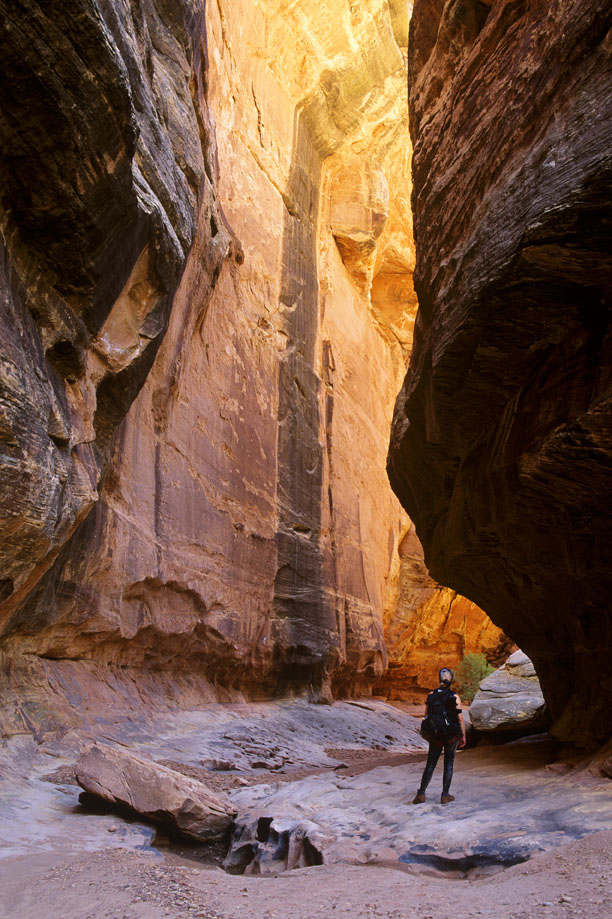 We’re also pleased to report that on April 29th, at their 117th annual convention, lay and clergy delegates of the Episcopal Diocese of Utah passed a Resolution in Support of America’s Red Rock Wilderness Act and for the Perpetual Protection and Management of Grand Staircase-Escalante and Bears Ears National Monuments. This means the 155-year-old Episcopal Church in Utah officially supports the campaigns to protect these special places, and it will actively work for congressional passage of America’s Redrock Wilderness Act.

Please add your voice to this chorus of support by contacting your legislators and asking them to cosponsor America’s Red Rock Wilderness Act today! You can find the list of current cosponsors here. Thank you!

In a letter addressed to Interior Secretary Deb Haaland this week, 123 local elected officials from western states (including 22 from Utah) urged protection of more Bureau of Land Management lands as part of the Biden administration’s America the Beautiful initiative. The initiative is an effort to protect, conserve, connect, and restore 30 percent of the nation’s lands and waters by 2030 (known as 30×30) to stem accelerating biodiversity loss and mitigate the impacts of climate change.

“As the largest land manager in the nation, the Bureau of Land Management must play a leading role in protecting our public lands for the future,” the letter states. “Because of this, we encourage you to use your authority to advance conservation across the West by using all of the conservation tools at your disposal. Some conservation designations we recommend utilizing include: Backcountry Conservation Areas; Wilderness Study Areas; Areas of Critical Environmental Concern; and working with The White House to designate national monuments through the use of the Antiquities Act.”

As part of this push for more public land protection, SUWA is strongly advocating for new Wilderness Study Area designations under the Biden administration and we’ll be looking for your help to amplify that message. Please stay tuned.

In his proclamation establishing (and restoring) Bears Ears National Monument, President Biden directed Interior Secretary Deb Haaland to explore a land exchange with the State of Utah that would “further the protective purposes of the monument.” Specifically, the exchange would be for the lands administered by the Utah School and Institutional Trust Lands Administration (SITLA) within the boundaries of the monument for land of “approximately equal value” managed by the Bureau of Land Management (BLM) outside the monument. The president explained that “[c]onsolidation of lands within the monument boundary through exchange in this manner provides for the orderly management of public lands and is in the public interest.”

Over the past six months, SITLA and the BLM have met with Native American Tribes, SUWA and our partners, and counties and local stakeholders in an effort to frame out the contours of an exchange. Most recently, on May 17th the Utah Legislature’s Legislative Management Committee authorized SITLA to proceed with the exchange. The next steps involve work with the governor’s office regarding a memorandum of understanding between Utah and the Interior Department as well as federal legislation authorizing the exchange. As always, the devil will be in the details.

To be clear, SUWA supports the concept of exchanging SITLA-managed lands out of Bears Ears. What concerns us is what current BLM-managed lands SITLA might acquire in the exchange. As it stands right now, SITLA is hoping to “exchange into” more than 17,000 acres of lands proposed for wilderness in America’s Red Rock Wilderness Act, as well as other lands near National Park Service units and other sensitive areas. We have rallied the conservation and preservation community to make clear that this current proposal is unacceptable and will continue to press SITLA and the BLM to do better. We’ll keep you posted. 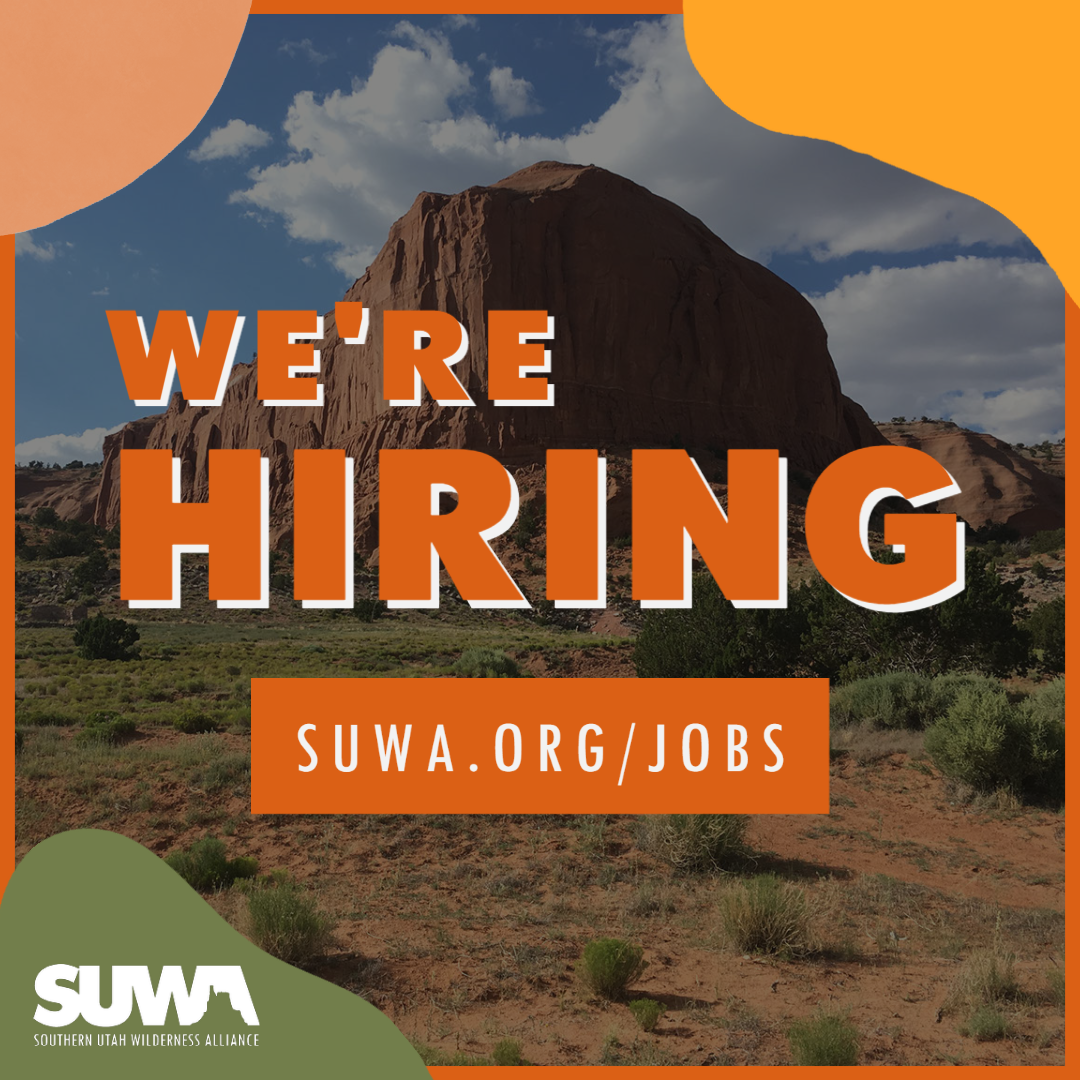 SUWA has immediate openings for an Eastern Grassroots Organizer (DC) and a Latino Community Organizer (Salt Lake City). If you or someone you know is interested in joining our hardworking, passionate team of wilderness warriors, check out the details at suwa.org/jobs.