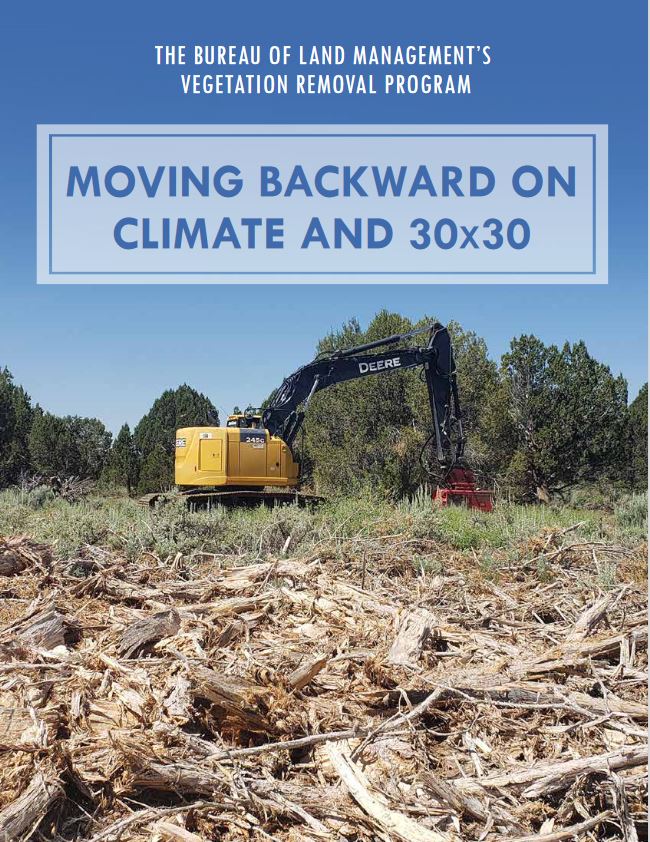 Our members already know that the Bureau of Land Management’s (BLM) practice of clearcutting native forests and shrublands is an ongoing threat to protecting wilderness-quality lands in wild Utah—and that these “vegetation treatments” often do more harm than good when it comes to protecting watersheds, preventing fire, and restoring native wildlife habitat.

A new report demonstrates how this singular, prolific land-management practice exacerbates climate change, and, conversely, how protecting intact forests, shrublands, and soils on the Colorado Plateau from mechanical vegetation removal in the future can play a big role in mitigating the climate crisis and reaching President Biden’s goal of protecting 30% of America’s lands and waters by 2030. 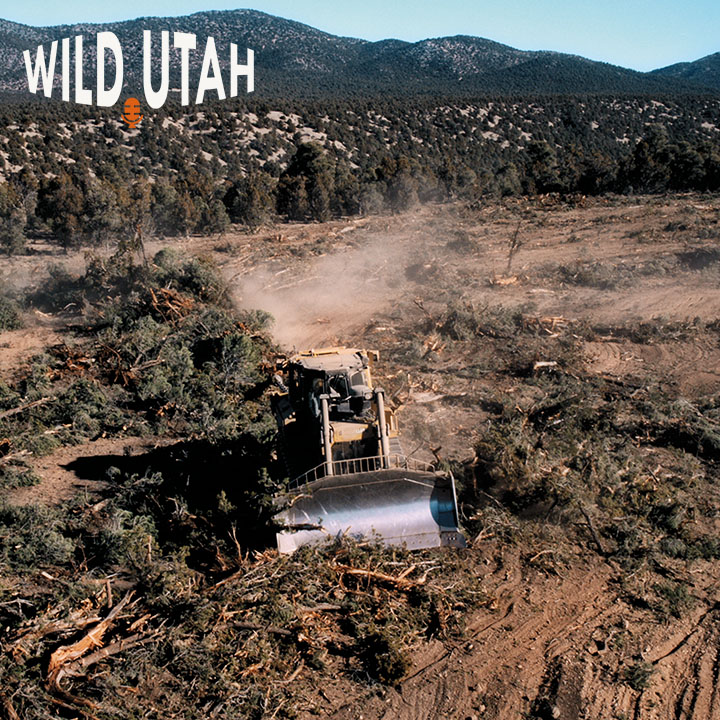 In our latest episode of Wild Utah, SUWA Wildlands Attorney Kya Marienfeld joins us to discuss the new report on how the BLM’s vegetation removal program is moving backward on climate and 30×30. Click here to listen to the 15-minute podcast episode. 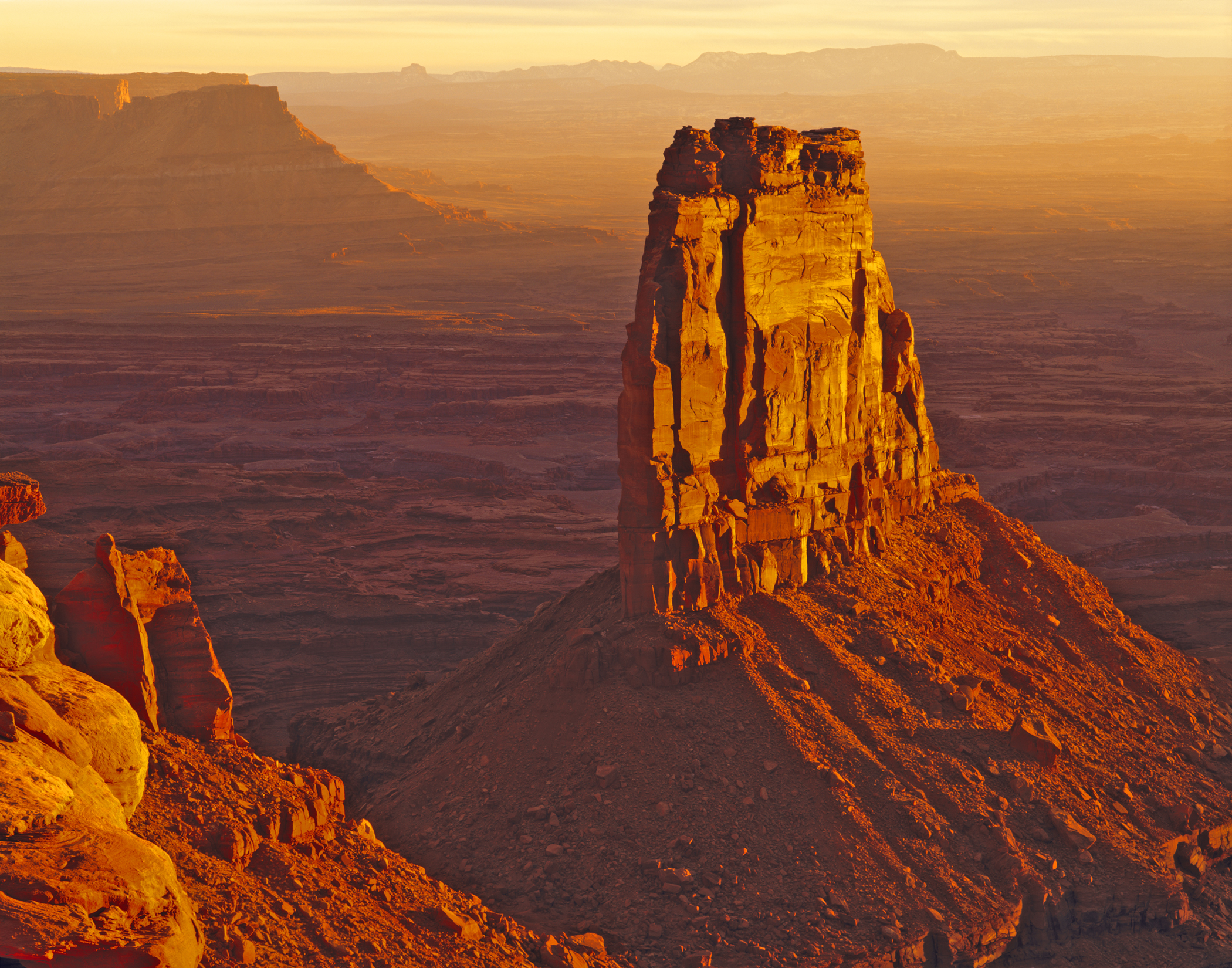 The bill would add 8.4 million acres of BLM public lands in Utah to the National Wilderness Preservation System. It would designate as wilderness the unprotected portions of Labyrinth and Desolation Canyons along with equally remarkable places like the Book Cliffs, the Dirty Devil, and lands in the original Grand Staircase-Escalante and Bears Ears National Monuments.

By protecting these vast wild landscapes, the bill would preserve 1.5 percent of the lands needed to reach the goal of protecting 30 percent of America’s lands by the year 2030. And new peer reviewed research shows that America’s Red Rock Wilderness Act also makes a significant contribution to mitigating climate change.

>> Click here to ask your members of Congress to become original cosponsors today! 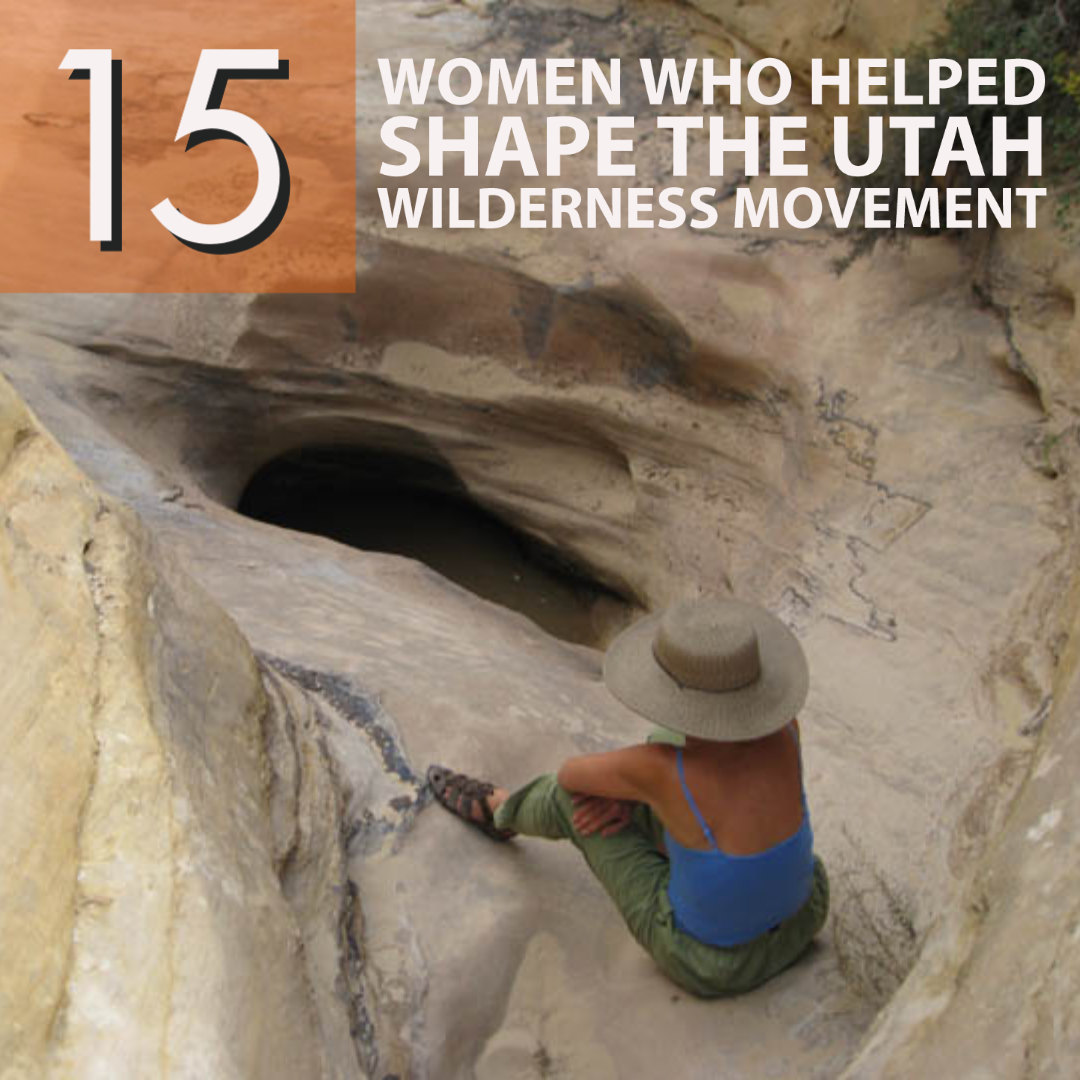 Our blog post in honor of National Women’s History Month harkens back to the 1970s, ’80s and ’90s to recognize the pivotal role of women in the early decades of the Utah wilderness movement. In the interest of brevity, we have chosen to highlight just a few of the remarkable and dedicated women who helped build and define that movement—each playing a crucial part in advancing the Utah Wilderness Coalition wilderness proposal, known today as America’s Red Rock Wilderness Act.

In the waning days of the Trump administration, the BLM rushed its approval of a controversial helium drilling project located at the edge of the Labyrinth Canyon Wilderness. The project involved an oil and gas lease that the BLM hastily sold—without public comment or environmental analysis—to Twin Bridges Resources only a few weeks before Congress designated the area as wilderness. The drilling project sought to industrialize one of the most remote areas in the San Rafael Swell region.

SUWA and our conservation partners challenged the BLM’s decision in federal court and initially won a temporary stay of the agency’s decision. Unfortunately, the court eventually allowed the project to proceed and Twin Bridges constructed the well pad and drilled the helium well.

The Salt Lake Tribune recently reported that the well came up empty—that is, it was a dry hole. Hopefully this spells the end to this terrible project. The Twin Bridges saga—from the BLM’s rushed leasing decision to its last minute drilling approval—highlights all that was wrong with the Trump administration’s so-called “energy dominance” agenda and the BLM’s leasing program more generally. The Biden administration recognizes these problems and has started the process of overhauling the agency’s entire oil and gas leasing program. 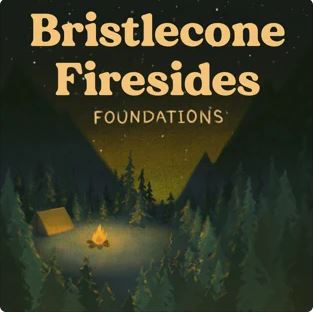 We’re excited to introduce the Bristlecone Firesides podcast, featuring casual conversation around a virtual fireside about Faith, the Earth, the Universe, and Everything. In season one, Madison (SUWA’s faith community organizer) and his co-host Abbey will be exploring foundational themes of a spiritual practice rooted in the Earth. Each episode strives to re-enchant the natural world with an ecologically-based spirituality that is centered in sacred texts, rooted in the Earth, and lived through pressing issues facing us today.

New episodes release on Wednesdays through May for season one. Our latest episode features esteemed BYU professor George Handley, who is both a mentor and friend to Madison and Abbey. They discuss the history of environmental thought within the Latter-day Saint (LDS) community.